Don’t Tell the Kids – About Writing the Arnie Dufner Series

You probably don’t want to tell the kids about this post…a least not if you want them to read about Arnie Dufner!

I’m going to let you in on a little secret about the Arnie Dufner books…and it’s a secret we probably better just keep between us grown-ups.

I wrote “Arnie Dufner and the Purple Principal!” to be a resource for teaching and learning.

No, not learning about writing, but about things like history, and geology, and science, and things like that.

See, that’s the part we don’t want the kids to know. We want them to think the Arnie Dufner books are just good-old, plain fun.

But now we know better.

I will be putting resources online that will explain things much better, but I’ll give you the short-version here.

The guiding premise of the Arnie Dufner stories is based on the historical record of the Earth; things like geology, the end of the dinosaurs, the beginning of humans, historical events, earth-science, things like that. And, much of the Arnie Dufner story takes place underground, from a simple hole in the backyard to depths where no one has yet explored…except Arnie and the others. Even the names of most characters and locations are based on terms from these areas of study.

The stories present young readers the opportunity to explore these things through the Arnie’s experience…and provides us the opportunity to ask “where did name come from”, and “could that really happen”, and “why are they doing that?” to sneak-in some learning-reflection.

For example, many readers may not remember the layer of the Earth known as the “Lithosphere”, but they will most likely remember the place called “Lithos” where the Giant Stink Moles attack Arnie. Serious learning? Nope. But an opportunity to reinforce and reflect? That’s the goal. 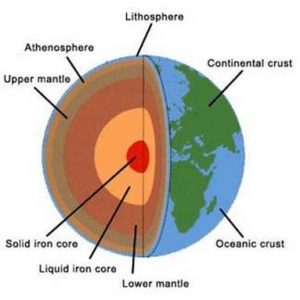 I will be posting some starter activities for some story-based learning soon, but if you read along, I am sure you will come up with many others to fit in with the other learning activities you are doing. If you do, I would love to hear about them!

My overall goal for the Arnie Dufner series is to just tell some good stories and take my readers on some fun and imaginative adventures. But, if we can sneak in a bit of good learning along the way…that’s good too.